My philosophy is that physiotherapy offers patient-centered, evidence-based therapeutic treatment that uses an active approach to rehabilitation. In other words, a patient and their therapist work tog... 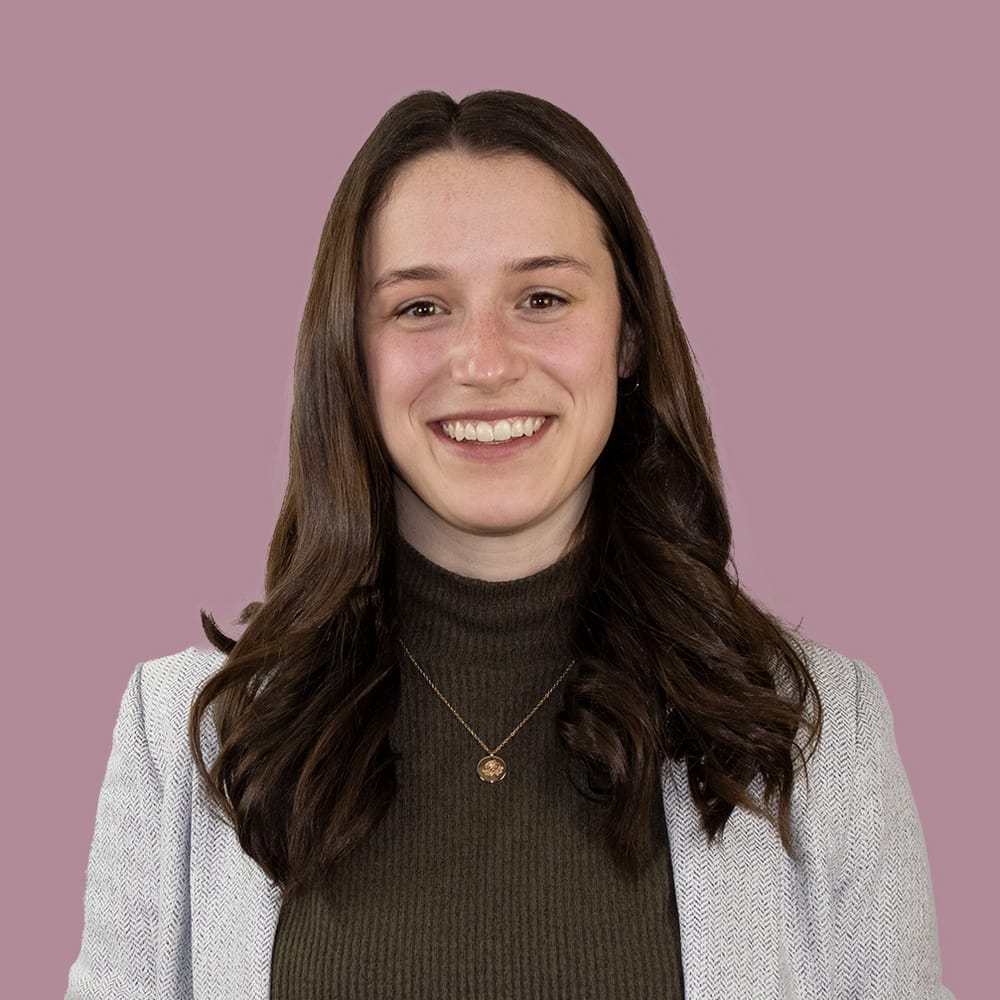 This is a story of a young man I treated recently in clinic. It will describe the patient’s pain presentation, how we evaluated it, and how we treated it. At the end there is a more detailed description of the injury my patient had, as well as a brief breakdown of what each of our sessions looked like.

Let me introduce you to Mr. P (name changed for anonymity). Mr. P is a 35-year-old male who consulted in physiotherapy for an intense leg pain that was limiting his daily activities and completely preventing him from doing his sports. He works in a restaurant and enjoys jogging and playing squash several times per week. Prior to this new pain, Mr. P never had any significant injury in his back or legs.

The first day we met, Mr. P described his pain as acute and sharp. It started as he was moving furniture up the stairs and he felt a sudden pulling in the center of his low back. His back was sore the rest of the day afterwards, then the next day the pain became more intense and started to spread down the back of his right leg towards the ankle. In these first few days he noticed some tingling in the back of his thigh as well. The tingling subsided on its own, but the pain was getting progressively worse as the days went on, and so he decided to consult in physio (2 weeks later). He complained particularly of pain while sitting, difficulty standing up from a seated position, and he was not able to participate in any of his sports.

Long story short, by the end of his three treatment sessions Mr. P was back to jogging and playing squash with no limitations or pain…how did we do it?

Based off the information Mr. P had given me already, I suspected that the pain was most likely coming from his lower back, rather than the leg itself. So, I decided to start my evaluation in this area. We looked at his range of motion, posture, and movement patterns of the lumbar spine; we assessed his gait pattern and sit-to-stand technique; and finally, we used repeated movement testing to understand how his back responded to various movements and positions. In the case of Mr. P this last section was the most valuable portion because it gave us the information we needed to create an effective treatment plan. I asked Mr. P to repeat a few exercises that moved his back in various ways and as he did it we monitored the effect it was having on his pain. In doing this I was looking to see if Mr. P had a “directional preference” … meaning could he move his back in such a way that made his pain decrease or even disappear altogether? And in fact, he did!

After the evaluation we concluded that the pain down the leg was in fact coming from the lumbar spine and that there was likely no problem in the leg itself. Mr. P is an example of what we call a lumbar derangement demonstrating centralization…keep reading to find out more about this!

From the very beginning of our first session Mr. P had made it clear to me that his goal in coming to physio was to return to his usual sports/activities pain-free, and this is a great goal! For most patients it is something we can strive for and achieve. I blended Mr. P’s goal with my rehab knowledge to create four sub-goals to be achieved in order:

Step 3: The plan of treatment

This is where the fun really begins because it is time to take all that we have learned thus far about Mr. P’s pain and we get to do something about it. Here we will answer that question of how did Mr. P go from a debilitating pain down his leg to playing squash with no issue in a matter of weeks.

In this case the treatment plan included two parts:

1.     Improve on problems found during evaluation: In this case the most significant findings were the lack of mobility in the lumbar spine, and the intense pain. Using repeated movements, we learned that Mr. P’s pain responded really positively to movements of extension, which also coincided with an increase in his mobility and ease of movement (see image below).

2.     Address the provocative factors: these are things in Mr. P’s daily life that were provoking his pain. Initially, sports were clearly an irritant so I asked Mr. P to take a break from his jogging and squash for a couple of weeks, the time it took to get his pain under control. Additionally, after doing a series of repeated flexion movements, Mr. P’s pain was noticeably more intense and he had more difficulty walking. Because of this immediate effect I asked Mr. P to avoid doing flexion movements during his day for the first week. Two

After session 1 Mr. P was asked to incorporate extension movements as often as he could during the day time (he managed to do his set of 10 at least 5x/day!), meanwhile he was limiting flexion movements and not doing his sports.

The next week when Mr. P walked in to the clinic, he was standing much taller and moving much faster than the week prior. He reported a significant decrease in the intensity of his pain, which was now concentrated to the side of this right hip (centralization!), and he was feeling eager to get back to his sports. We re-evaluated Mr. P’s mobility and decided that he was ready to restart his jogging. I gave Mr. P a couple of strengthening exercises to maintain all the gains he had made over the week, and we discussed an interval running program that he would follow to progressively work back to his usual 30minute jog without having any pain flare-ups (all the while continuing with his extension exercises).

Two weeks later Mr. P reported no pain during his daily activities or at work. He had a mild discomfort and fatigue in his right leg while jogging, but no specific pain. At this point, Mr. P was ready to start playing squash again. An email follow-up 6 weeks after our last session proved that Mr. P was continuing to do his sports and work pain-free and with no limitations.

Email follow-up 6 weeks later: no pain, back to sport no limitations

You may be thinking, one simple back stretch can’t possibly control all that pain radiating down the leg...it’s too good to be true! But in fact, it’s not; this is exactly how lumbar derangements behave. The key, though, is to take the time to identify the directional preference and the appropriate amount of load required to reduce the derangement.

Let’s take a step back and explore what exactly a lumbar derangement is. A lumbar derangement is a condition involving the joints in the lumbar spine. It occurs when there is something occupying the space between two bones, and thus limiting the movement available and causing pain. One key characteristic of derangements is that they are very variable… their presentation varies greatly between people, between episodes of pain for the same person, or even from day to day within the same episode. The initial cause of the obstruction is variable as well – it may occur as a result of a specific injury moment (as in the case of Mr. P), or it may gradually appear over time. Further, the exact structure occupying the space is variable – it could be a soft tissue like a ligament or disc, it could even be fluid – regardless of what exactly it is, it is not a permanent obstruction. This brings us to the second key characteristic of a derangement, which is that it is reversible. This means that moving the spine in certain directions will “provoke” it and make it worse, while moving in the opposite direction will “reduce” it and make it better (=the directional preference).

When provoked: more obstruction, less mobility, more pain. Pain may become more intense and/or radiate down the leg. Pain in the leg may be continuous or patchy = peripheralization.

When reduced: less obstruction, more mobility, less pain. Pain is less intense and migrates back up towards the lumbar spine = centralization.

*Note: it is also possible to have a derangement where pain is local to the back only with no radiation to the leg.

All derangements show some variation of this provoked-reduced pattern, which is why it is important to test out various movements and positions to understand how the derangement behaves. The final key characteristic of a derangement is that in doing the reductive movement we should see fast and lasting changes. Now, it is important to point out that “fast” means something a little different for each person. For example, in the case of Mr. P he only had his pain for 2 weeks before starting his reductive exercise and so he was able to reduce his pain very quickly in just one week. However, for someone who has had their pain for let’s say 2 years, they still have the potential to reduce their derangement, but their progress might be a little slower.

In summary: a lumbar derangement is caused by a space-occupying lesion within the joints of the lumbar spine. It may cause local pain in the back or pain referred down the leg. It demonstrates a directional preference, and is characterized by being variable, reversible, and having fast and lasting changes. posterior

Pain radiating down the leg...isn't that sciatica?

Not necessarily. We often hear the term sciatica being tossed around for pains radiating down the leg, however sciatica is actually a very specific condition where a nerve root in the lumbar spine is compressed. Similar to the lumbar derangement, this causes pain down the leg, however with sciatica the pain radiates to specific areas innervated by that nerve. Additionally, the nerve root compression will cause neurological dysfunction as well – affecting sensation, control of the muscles, and/or reflexes. So, sciatica causes pain in the leg, but not all pain in the leg is caused by sciatica.

The purpose of this story was to share a real-life example of how a lumbar derangement can present and respond to physiotherapy treatment. It highlights the importance of a thorough evaluation and collaboration between the patient and therapist to understand how the derangement is responding to mechanical load. And lastly, it emphasizes how effective temporarily stopping provocative activities (like squash) can be, in order to be able to continue doing these activities in the long-term.